The history of the Poland national team is filled with many highs and lows. In their golden era (1970-1986), Poland was up there among the best teams in the world, finishing 3rd at two World Cups and getting a gold medal at the 1972 Olympics. On the other hand, they needed 48 years to qualify for their first European Championship, a feat they finally achieved in 2008. They play their home games at the luxurious National Stadium in Warsaw. 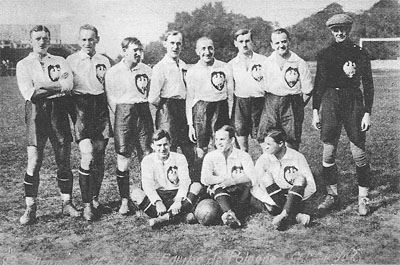 Though the first football federation in Poland was established in 1911, World War I put any plans of forming a national team on hold. It wasn’t until 1919 that the Polish Football Federation was officially founded, with the first international match being organized two years later. In its debut, Poland lost a close 0-1 game to Hungary. Their first victory arrived in 1922, when they beat Sweden 2-1 in Stockholm.

Poland broke its World Cup duck in 1938, where they were set to play Brazil in the round of 16. Despite Brazil being regarded as a heavy favorite, Poland wasn’t going away without a fight. This match would eventually be known as one of the most exciting showdowns in World Cup history, with Brazil prevailing in a 6-5 nailbiter. The Brazilians had the lead at four different points of the game, but they had to settle for a close victory in extra time.

Following their showing at the World Cup, the team played a friendly match against Hungary, who had finished 2nd in the tournament. Once again, Poland had an excellent showing against a favored side, winning the match 4-2. However, the WWII outbreak prevented further advancement, and Poland would have to wait 8 years to play its next international game. This match came to fruition in 1946, with Poland losing to Norway 1-3.

In more than two decades that followed, Poland failed to qualify for any major tournaments. During this period, they also suffered the worst defeat in their history by losing 0-8 to Denmark. On the other hand, they recorded some notable victories as well, such as the 9-0 drubbing of Norway in 1963. In addition to the result itself, this game is also remembered for the debut of Włodzimierz Lubański, who scored one of the goals.

Today, Lubański is among the most celebrated players in Polish football history. From 1963 to 1980, he participated in 75 games and scored 48 goals for the national team, a record that would later only be broken by Robert Lewandowski. Many football analysts consider Lubański to be one of the best strikers of his era, despite the fact that he played in an otherwise underwhelming Polish squad.

Despite his goalscoring prowess, Lubański couldn’t turn the team’s fortunes by himself. Fortunately for him -- and the rest of the country -- help arrived in 1970, when Kazimierz Górski was appointed as the team’s coach. Górski’s influence was apparent from the get-go, as Poland went on to win a gold medal at the 1972 Summer Olympics. In addition to Lubański, this team was anchored by creative midfielder Kazimierz Deyna and left winger Robert Gadocha.

In the 1974 World Cup qualifiers, Poland proved that the gold medal was no fluke by eliminating England, who had won the tournament 8 years prior. At its first World Cup in 36 years, Poland continued to shock the football world by topping a group containing Argentina, Italy, and Haiti. In the second round, they beat Sweden and Yugoslavia, coming very close to qualifying for the final match against the Netherlands. 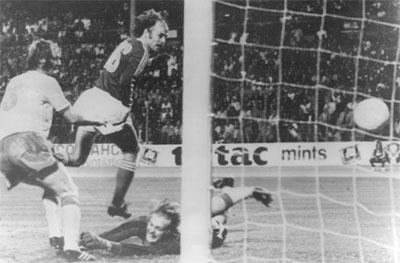 Grzegorz Lato scoring for Poland against Sweden in World Cup 1974.

In the deciding match against West Germany, Poland needed a draw to make the finals. However, the field was completely flooded due to the non-stop rain, which prevented the Poles from enforcing their trademark speedy style of football. In these miserable conditions, West Germany won 1-0 on a 76th-minute goal from Gerd Müller. Poland managed to end the tournament on a positive note by getting revenge on Brazil 1-0 in the third-place match.

Górski left the team in 1976, but his influence was still on full display in the years that followed. The 1978 World Cup saw Poland advance from a tough group containing West Germany, Tunisia, and Mexico. The second round was a step too far, however. Pitted against three South American teams, Poland defeated Peru, but lost to both Argentina and Brazil, missing out on a chance to make the knockout stages.

The 1982 World Cup started off in slow fashion for Poland, as they drew 0-0 with Italy and Cameroon. Still, a convincing 5-1 victory over Peru allowed them to advance from the group anyway. In the second round, they beat Belgium 3-0 on a hat-trick from Zbigniew Boniek and drew 0-0 with the Soviet Union. After losing a closely contested semi-final match against Italy 0-2, they beat France 3-2, tying their best-ever third-place World Cup finish.

This golden era of Polish football ended at the 1986 World Cup. With most of the marquee players from the previous tournaments retiring from the team, Poland struggled to assert any kind of on-field dominance. After advancing from their group as the second best-ranked third-place team, they fell to Brazil 0-4 in the round of 16.

The following period saw Poland experience a major decline, failing to qualify for the next three World Cups in 1990, 1994 and 1998. England was a tough opponent to overcome during this era; after getting paired with them in all three of their World Cup qualifying groups, Poland finished behind them on every occasion. None of these three attempts came close to being enough to qualify for the World Cup, leaving Polish fans understandably frustrated.

European Championship appearances were hard to come by as well, though Poland did come close to qualifying in 2000. As it was to be expected, England proved to be their bane. Though the two teams were tied in third place at the end of the competition, England advanced to the final tournament on goal difference.

The arrival of the new century helped Poland put a stop to this streak of bad results, as they managed to qualify for the 2002 World Cup. However, their appearance was not particularly memorable. Following losses to South Korea 0-2 and Portugal 0-4, they finished the tournament on a positive note by beating the United States 3-1. Despite the victory, they finished last in their group.

Poland built up on this achievement by claiming 8 victories in 10 matches during the 2006 World Cup qualifiers, topping their group in the process. Despite high hopes for their second consecutive World Cup appearance, they failed to advance from the group containing Germany, Ecuador, and Costa Rica. Once again, they finished the tournament with two losses and a single victory, which came against Costa Rica.

Despite missing the next two World Cups, Poland made up for it by qualifying for their first-ever European Championship in 2008. By that point, Poland was the most populated UEFA member state that hadn’t qualified for the tournament, as they missed out on no less than 12 consecutive Euros. Their inaugural debut was a disappointment, though, as they finished last in a group containing Germany, Croatia, and Austria.

The Euro 2012 saw Poland qualify to the final tournament automatically as a co-host country. Due to the home turf advantage and the arrival of a talented generation led by Robert Lewandowski, the expectations for the team were higher than ever. However, Poland went on to draw 1-1 in their first two matches with Greece and Russia, before being knocked out by the Czech Republic in the final game.

Following another unsuccessful World Cup qualifying campaign -- which saw them place behind old rivals England -- Poland cruised through the Euro 2016 qualifiers. At the tournament, they adopted a highly defensive tactic which saw them concede only 2 goals in the group stage. On the opposite side of the field, their attacking output left much to be desired, with Lewandowski and Arkadiusz Milik wasting numerous high-quality chances.

After recording their first-ever Euro victory by beating Northern Ireland 1-0, Poland drew 0-0 with Germany and defeated Ukraine 1-0 to advance from its group. They then came out victorious against Switzerland, winning the game in a 5-4 penalty shootout. Their run came to an end in the quarter-finals against eventual champions Portugal, who won the game on penalties 5-3. This was Poland’s most successful appearance at a major tournament in 34 years.

Prior to the 2018 World Cup, Poland was ranked 8th in Fifa’s global rankings, which caused many press members to proclaim them as one of the dark horses of the tournament. They went on to lose their first two games to Senegal and Colombia, which immediately reduced their chances to advance from the group to zero. A 1-0 victory over Japan in the final game was a small consolation, but overall, this was another disappointing World Cup performance. 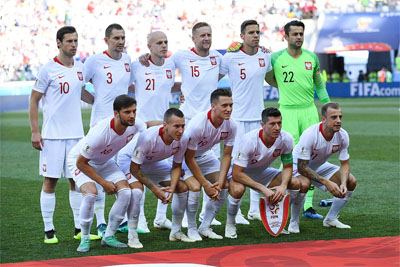 Poland have participated four times in the European Championship (Euro).

* Host nation, together with Ukraine