With a record seven Africa Cup of Nations titles, Egypt stands alone as the most decorated team on the continent. Despite this impressive feat, they’ve been unable to replicate their success on the international scene. They’ve qualified for the World Cup only three times, and have yet to claim a victory at the competition. The national team is known as the Pharaohs, and they play their home games at the historic Cairo International Stadium. 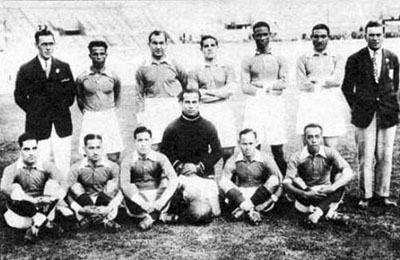 The team at the 1928 Summer Olympics.

The Egyptian national team played its first match at the 1920 Summer Olympics, where they lost to Italy 1-2. The Egyptian Football Federation was formed the following year and joined the FIFA in 1923. In 1934, Egypt defeated Mandatory Palestine to qualify for the World Cup, becoming the first African nation to achieve that. In their only match at the tournament, they lost to Hungary 2-4. The country wouldn’t qualify for another World Cup for the next 56 years.

In 1957, the Pharaohs triumphed at the inaugural AFCON by defeating Ethiopia in the final, with Mohamed Ad-Diba scoring all four goals in a 4-0 rout. From 1958 to 1961, the country had a political union with Syria, which saw them play under the name of the United Arab Emirates. FIFA attributes these records to Egypt, as the team consisted solely of Egyptian footballers. In 1959, the UAE repeated as AFCON champions by beating Sudan in the final.

Following a loss to Ethiopia in the 1962 AFCON final, Egypt began having trouble in the knockout stage of the competition. From 1963 to 1984, they qualified for six AFCON championships, and in each of these appearances, they were eliminated in the semi-final. To make things stranger, the semi-final defeat was usually their only loss at the tournament. This led to Egypt developing a reputation of a team that went missing in important games.

They finally broke the curse in 1986, when they claimed their third AFCON title on home turf. After a slow start and a 0-1 loss to Senegal, the Pharaohs turned it around by defeating the Ivory Coast and Mozambique. In the semi-final against Morocco, Taher Abouzaid scored a late winner to finally get his team over the hump. The final match against Cameroon ended up a goalless draw, with Egypt prevailing 5-4 in a penalty shootout.

After winning the title, Egypt entered a slight downward spiral -- for their standards, at least. In the next five AFCONs (1988-1996), they didn’t reach the top 4 stage, and even managed to string five consecutive losses at one point. However, they returned in style at the 1998 AFCON. After advancing from their group, they defeated the Ivory Coast, Burkina Faso, and South Africa without conceding a single goal, winning their fourth competition title in the process.

Interestingly enough, this dry period saw the Pharaohs make it to their second World Cup after decades of failed attempts. They achieved this feat in 1990 and were drawn into a tough group containing England, the Netherlands, and Ireland. Led by their stout defensive line, Egypt managed to draw 1-1 with the Netherlands and 0-0 with Ireland. However, a 0-1 loss to England in a crucial game knocked them out of the tournament.

From 2006 to 2010, Egypt established itself as the most successful African team by becoming the first nation to win three consecutive AFCON titles. In the 2006 final, they outlasted the slightly favored Ivory Coast in a penalty shootout, winning 4-2. The following two finals against Cameroon and Ghana both finished 1-0 in favor of Egypt. The latter match was decided in the 85th minute, with Geddo coming off the bench and scoring the winner.

In 2017, Egypt qualified for their third World Cup by defeating Congo in the final moments, with Mohamed Salah scoring a key penalty. However, Salah was injured for their opener against Uruguay, and the Pharaohs lost 0-1. Salah assumed a starting role in their second game against hosts Russia, but Egypt was ultimately defeated 1-3. In the final round, the demoralized Egyptian squad allowed Saudi Arabia to come back from a deficit and win the game 2-1.

The badge of the national team resemblance the national flag with red, white and black colors in horizontal lines stylized with a football. Arabic and Latin letters are visible in the lower part of the circle.