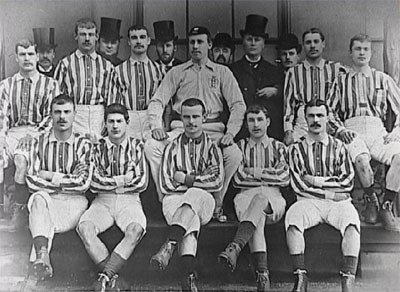 The club's most successful period for the club came about in the last two decades in the 19th century. Between 1886 and 1895 they reach the FA Cup final five times and won twice. Famous is the victory over Preston in the 1888 final in front of 17,000 thousand spectators.

Besides the five FA trophies, the club's highpoint is the First Division victory in 1921, the first season after the war. West Bromwich collected 60 points (including thrashing Notts County 8-0) and won ahead of Burnley and Chelsea.