Though he's technically not a one-club man (thanks to that one season in LA Galaxy), it's hard to imagine Steven Gerrard in anything other than Liverpool red. Since he joined the Liverpool Academy at the age of 9, Gerrard lived and breathed for his home club. During his 17 senior seasons in Liverpool, he appeared in 710 games and scored 186 goals, becoming the club's living legend in the process. 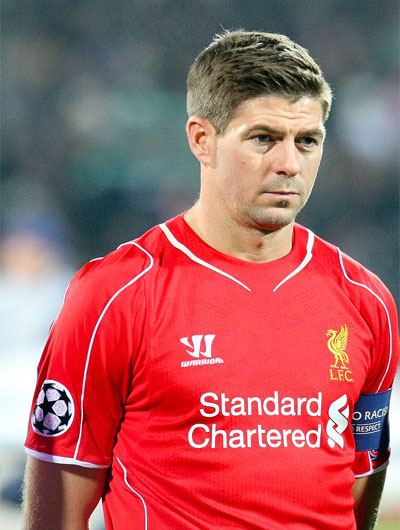 After spending nine seasons at Liverpool's youth academy, Gerrard made his first-team debut in 1998. Back then, he was often used on the right wing, but he was too nervous to make much of an impact. He did much better in central midfield, where he quickly formed a potent partnership with Jamie Redknapp. However, his young career was hindered by various back and groin injuries during the 1999/00 season.

The following season saw Gerrard make a comeback and score 10 goals in all competitions. His consistent performances were a big reason for Liverpool winning the FA Cup and the UEFA Cup that season. At the beginning of the 2003/04 season, Gerrard was named club captain; however, the club went trophyless that season, and for the first time in his career, he started thinking about moving on.

The miracle of Istanbul

Despite his doubts, Gerrard ultimately decided to believe in his team and new coach Rafael Benitez, declining a £20 million offer from Chelsea. This proved to be a wise choice, as Liverpool went all the way to the 2005 Champions League final, where they were to play AC Milan. After losing 3-0 at halftime, Liverpool managed to tie the game during an incredible 6-minute stretch, with Gerrard scoring the first goal. Liverpool then went on to win the game on penalties, completing an unlikely comeback.

The following season, Gerrard scored 23 goals in 53 games, which saw him win his only PFA Player of the Year trophy. He also played an integral part in Liverpool winning the 2006 FA Cup, scoring twice against West Ham United in the final. As it turned out, this was last major trophy of his career. Though he continued to play at a high level for a long time, Liverpool never managed to win the coveted Premier League title.

After a heartbreaking title loss in the 2013/14 season (in large part caused by the infamous slip against Chelsea), Gerrard started looking into his options again. In 2015, he finally left Liverpool and joined LA Galaxy, where he played for another two seasons, without reaching the same respect as in England, before retiring from football in November 2017.

At the international level, Gerrard played 114 games for England. Despite the wealth of talent at their disposal, these England teams always seemed to disappoint at the highest level of competition. Gerrard represented his country at three World Cups (2006, 2010, 2014) and three European Championships (2000, 2004, 2012), but England never advanced past the quarter-finals.

Though he was never as flashy as some of his contemporaries, Gerrard was blessed with an immaculate understanding of the game. He was also known for his leadership, positional versatility, physical prowess, and striking ability. For a good few years during the 00s, he was one of the best footballers in the world.