Wimbledon FC was the club that later would become Milton Keynes Dons FC. It mustn’t be confused with Wimbledon AFC (see "History" below). Wimbledon become a member of the Football League as late as in 1977 and reached the first division nine years later. Best result in top league is two sixth positions in 1987 and 1994. They won the FA Cup in 1988. 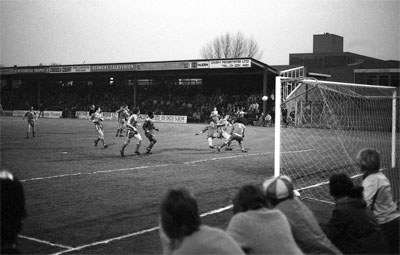 Wimledon plays at Plough Lane in 1982.

Founded in 1889 as Wimbledon Old Centrals, the club moved to Milton Keynes and became Milton Keynes Dons in 2004. The club is most known for many as Wimbledon, though, which was the club's name for almost 100 years (1905-2004). After moving to a new town and getting a new name, the club chosen to drop all connections with the old club and at the same time a new club in London, AFC Wimbledon, was founded.