The Italian soccer club Udinese Calcio (more known as just Udinese) was established already in 1896, in the town Udine. They are sometimes called "The Little Zebras" based on their black and white striped shirts. They have so far not won Serie A, but has several top five placements. 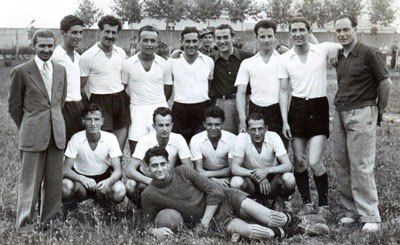 Udinese Calcio has never won the top-level league in Italy. They were as best the runner-up in 1954–1955 season, four points behind Milan, although that season was followed by relegation due to corruption. The club, has otherwise, floated across the three first tiers in the league system.

The club is also waiting for the first Coppa Italia trophy. Udinese reached the final in the competition the first time it was played in 1922 and losing to Vado.